Olight has recently released a new material tactical EDC Light with the beauty of pure copper: Warrior mini 2, which allows recording subtle traces of your life while developing a unique patina texture specific to its users. Next, let me introduce the EDC tactical light Warrior mini 2, an upgraded version of the warrior mini. I received the newest edition of the Warrior Mini 2. It is a beautiful copper version that exudes quality and robustness. As a collector of Olight copper, I was truly excited when I learned that they were releasing the Warrior Mini 2 in copper during the fifteenth-anniversary sale, and I could not wait to add this piece to my collection. I have been desiring this ever since the first Warrior Mini 2 was released. Now that I have it in my hands, I can truly say that this piece does not disappoint, and it actually exceeds my expectations.

Whether it’s brass, titanium, zirconium, Damascus, or copper, I own a fairly large collection of Olights in each of these metals. Copper, however, has held a special place in my heart ever since I held the copper version of the i3t a little over a year ago. There’s a great heft to it, and when it’s polished, it is simply gorgeous. I also really enjoy the uniqueness you can achieve through the normal patina process that occurs while carrying and using copper in everyday situations.  Additionally, many also know that I enjoy forcing a patina through a process commonly referred to as “shipwrecking”.  The range of colors that can be achieved during natural or forced patina is truly amazing.  Greens and blues are typical during a “forced” process, while the natural patina process can yield oranges, reds, and browns.  Each and every piece is truly “personalized”.

Copper also dissipates heat better, which is an excellent benefit for the Warrior Mini 2 because of the amount of heat generated while using it on high or turbo. A lesser-known benefit of copper is it has anti-microbial properties, so it is great for those concerned about germs.  And finally, for the collectors out there, the copper editions have held their values over time and are generally some of the most highly desirable pieces from Olight. Releasing the Warrior Mini 2 in copper is a win-win in my book.  The Warrior Mini 2 is the successor to the ever-popular Warrior Mini, which was highly regarded as a great everyday carry a tactical flashlight.  I liked the original Warrior Mini so much that I actually purchased several of them to give away to family members during Christmas last year, and they were a huge hit!  As you can probably guess, I wasn’t completely on board initially when the Warrior Mini 2 came out because I felt that the original was pretty much perfect.  Why mess with a good thing?  Plus, it was bigger, heavier, and now included a “proximity sensor”??  However, having owned and used the Warrior Mini 2 now for several months, I can honestly say that I am impressed.  For a reason that I won’t go into here, the original Warrior Mini is no longer available for sale in the United States, but its successor: Warrior mini 2 is a worthy upgrade.

The “biggest” (pun intended) difference you will notice first between the original and the WM2 is size.  One of the primary reasons the original was so popular was that it was small and easily pocketable.  For everyday carry, this is extremely important, and the original Warrior Mini would almost disappear into my pocket.  The new Warrior Mini 2 is almost a half an inch longer and a little over a half an ounce heavier.  It is also slightly larger in circumference.  These are fairly significant increases when it comes to EDC.  The new WM2 no longer “disappears” into a pocket, and I have pretty large pockets. My initial disappointment over the size increase has gotten better with time as I have continued to carry the WM2.  I really like that they now have the option to move the clip, which enables someone to carry the WM2 either bezel up or bezel down, depending on your personal preferences.  The new WM2 also includes a carabiner-style ring that can be clipped to the tail of the light for quick and easy removal from a pocket, as well as for a more secure way to hold the light, especially handy in a high-pressure tactical situation.  While it uses the same 18650 rechargeable battery as the original Warrior Mini, the size increase results in overall performance improvements in both maximum lumens as well as the distance of throw.

Both the original and the new WM2 have five light modes and both include a strobe setting, which is great in tactical scenarios.  However, the new WM2 increases the maximum lumen output on the turbo from 1,500 to 1,750.  The new WM2 also increases the light intensity, or candela, from 9,025 to 12,300.  That’s a nice increase of over 300 candelas.  Even using the same rechargeable battery, the increase in lumen output does not detract from the run times of the original Warrior Mini.  On turbo, both are rated for 4 minutes of runtime before stepping down to 500 lumens.  You gain even more efficiency at the lower lumen setting of 15, gaining approximately 14 hours of total runtime to a total of 164 hours versus the original Warrior Mini’s rated run time of 150 hours.  Having used both, I can easily attest to the noticeable improvement gains for the WM2.  The new WM2 also has an overall increase in beam distance, or throw, going from 623 feet to 722 feet.  The waterproof rating remains identical to an IPX8, which means it can be fully submerged and still function.

The WM2 still uses the same magnetic tail charging function, which I prefer.  However, you must be careful to ensure metal shavings and parts don’t accidentally activate the switch.  As a safety improvement, the WM2 now includes a smart proximity sensor to ensure that it does not inadvertently overheat any objects that come too close to the light source while it is on high or turbo and will prevent overheating by automatically dimming the LED and turning it completely off after 1 minute of lens obstruction, the sensor is just installed in the lens. Please note that you should learn and use the “lock-out” feature to further guard against accidentally activating the light. The safety performance has been greatly improved.

Like the original, the new WM2 includes both the two-stage tactical tail switch for tactical applications as well as a side switch for accessing all six modes.  The tail switch can be programmed easily to either quickly activate turbo mode or to activate the strobe mode. The WM2 also has a slightly more aggressive bezel design, giving it a more tactical look and feel.  However, the crenulations are very slight so that it is perfect for daily use.

In conclusion, having owned and used the new WM2 for several months now, I can honestly say that I was wrong to discount it at first.  It has proven to be a worthy upgrade in performance and in styling.  While I wish it were a little smaller, I can still carry it in a pocket or clipped to a belt or pack for easy access.  It is a great everyday carry light that I use while checking the outside of my home at night, or for late evening strolls through the neighborhood.  With its tactical tail switch, I am confident that I could disorient or blind someone with malicious intent long enough to remove myself from the situation.  If you are on the fence, don’t be. Get yourself one and you will be happy did!

Previous
Olight 15th Anniversary Celebration Recap--Looking back and forward to the future!
Next
The Second Quarter of 2022 Odesigner 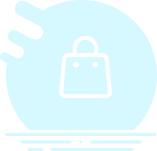