Home Blog Why Arkfeld sold out so quickly as hitting the store shelves? Why Arkfeld sold out so quickly as hitting the store shelves?

Olight thinks outside the box and released a new flat-panel dual light source flashlight, the Arkfeld, which was quickly sold out as soon as it hit the store shelves. Why is Arkfeld so popular? Let's listen to what O-fans say. 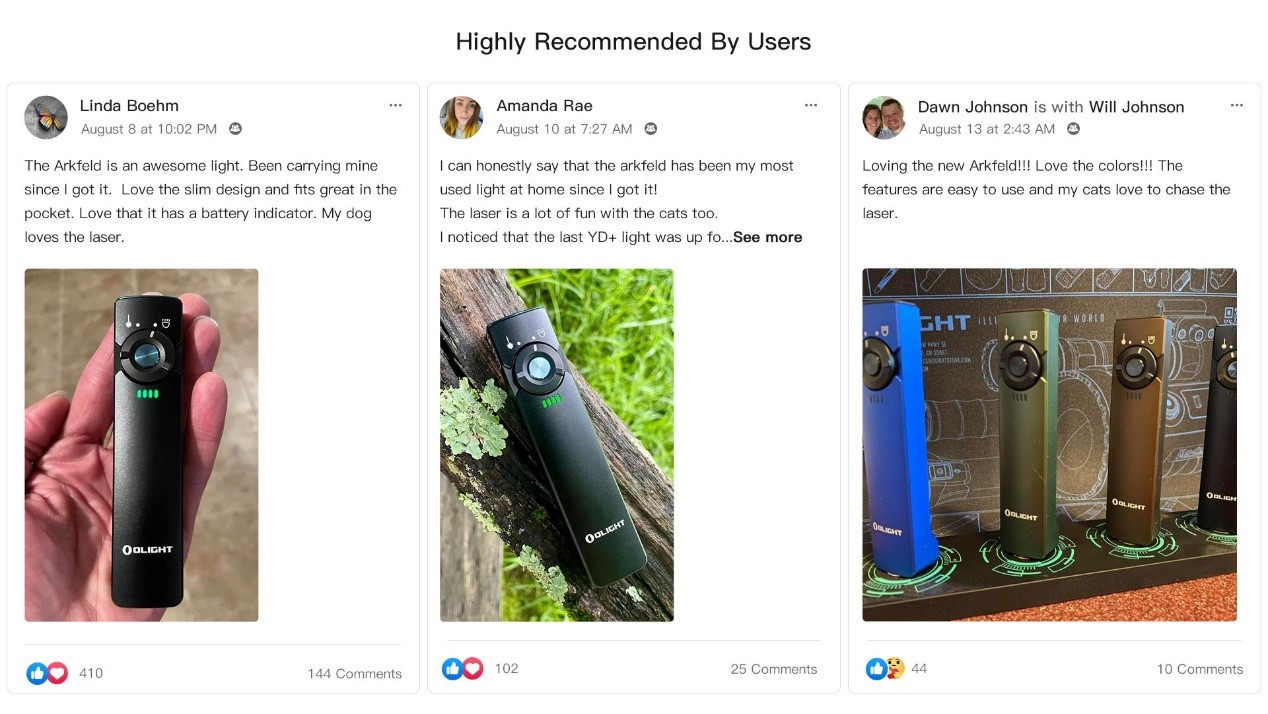 Arkfeld has sold 10,000+ PCS since its release. Ready to learn what makes Arkfeld the perfect EDC gear?

The Arkfeld is an Olight dual-light flat flashlight that looks more like a TV remote. The Arkfeld has a flat, rectangular look with a slightly rounded top and bottom that feels more natural in your hand.

There is a sturdy clip on the Arkfeld, which is attached to the back of the flashlight by a few hex screws. The clips are very functional and very sturdy. Arkfled's tail is magnetic and can be attached to a magnet.

The 1000-lumen flashlight is great for going around the house or office, going for a walk, etc. Class 1 lasers are perfect for demonstrating and entertaining your pets.

It is available in four colors: black, blue, OD green, and desert tan. The build quality of the Olight Arkfeld is excellent, and the business-inspired design is perfect for the on-the-go! This awesome flashlight must not be missed! 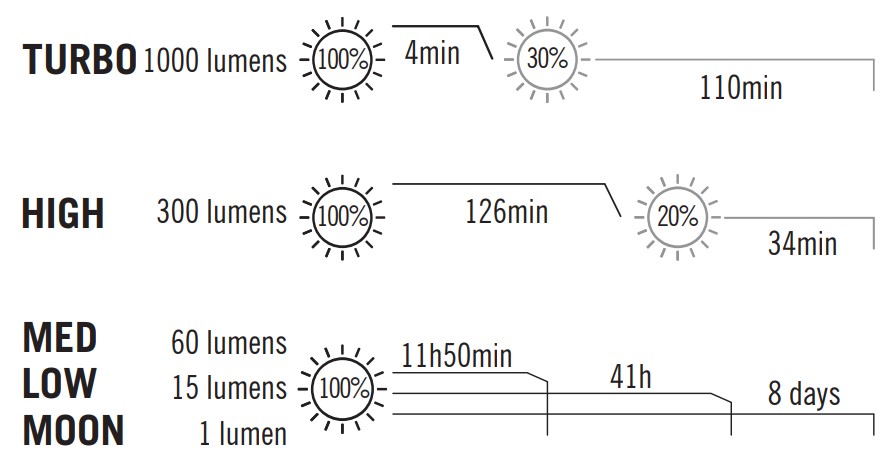 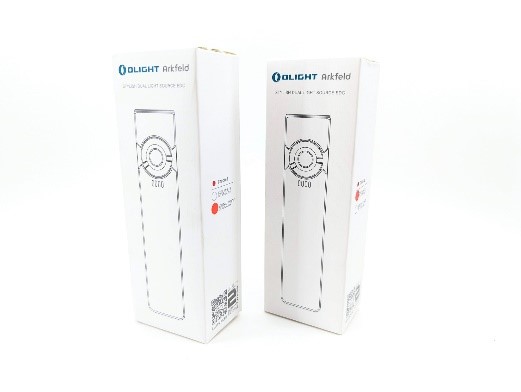 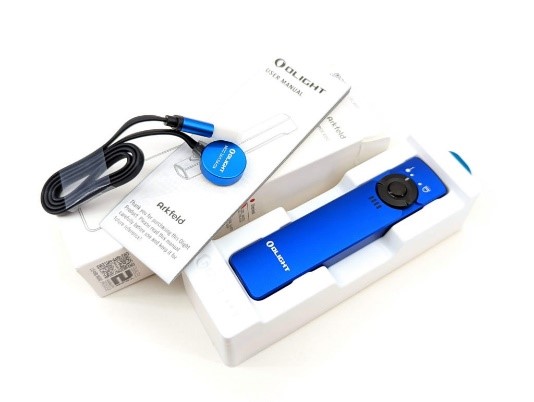 The laser class is Class 1, the maximum output is 0.39mW, the wavelength is 510-530nm, and the longest irradiation time is 122 hours. There is no danger to the human body during use, and it will not damage the eyes even if you use them directly.

BRIGHTNESS ADJUSTMENT: When the flashlight is on, press and hold the central button to automatically cycle through the moonlight, low, medium, and high modes. The mode is selected when the central control is released.

DIRECT ACCESS TO TURBO MODE: Quickly double-click the center button to activate Turbo mode. Double-click quickly again to revert to the previous mode. When the light is turned off for turbo mode, it will revert to high for up to 1 minute and revert to medium after that time.

STROBE: In the unlock state, triple-click (or more than three times) the center button quickly to enter the strobe mode. To quit this mode, single click or press and hold the center button.

TIMER: The Arkfeld has a long (9 minutes) and short (3 minutes) timer when the light needs to be automatically turned off. When the flashlight is on, double-click and hold the center button under the current brightness level to access the timer settings. A single blink accesses the short timer while two blinks access the long timer. The flashlight will automatically turn off when the timer is up. After the timer is set, double-click and hold the side switch to shift the timer settings. After the first timer runs out and you enter the timer setting again, the last setting will be used.

ON/OFF: Rotate the Selector to the right, and single click to turn it on or off.

Below the selection ring are four LED indicators that show the remaining battery power.

What can we do with Arkfeld?

Whether walking on a road without street lights, in the dark outdoors or as an emergency power source in the event of an emergency power outage, the Arkfeld will not let you down. Its light is enough to dispel the darkness around you, so take it with you. It's not just a flashlight, it's a friend to support you when you need to deal with the darkness. 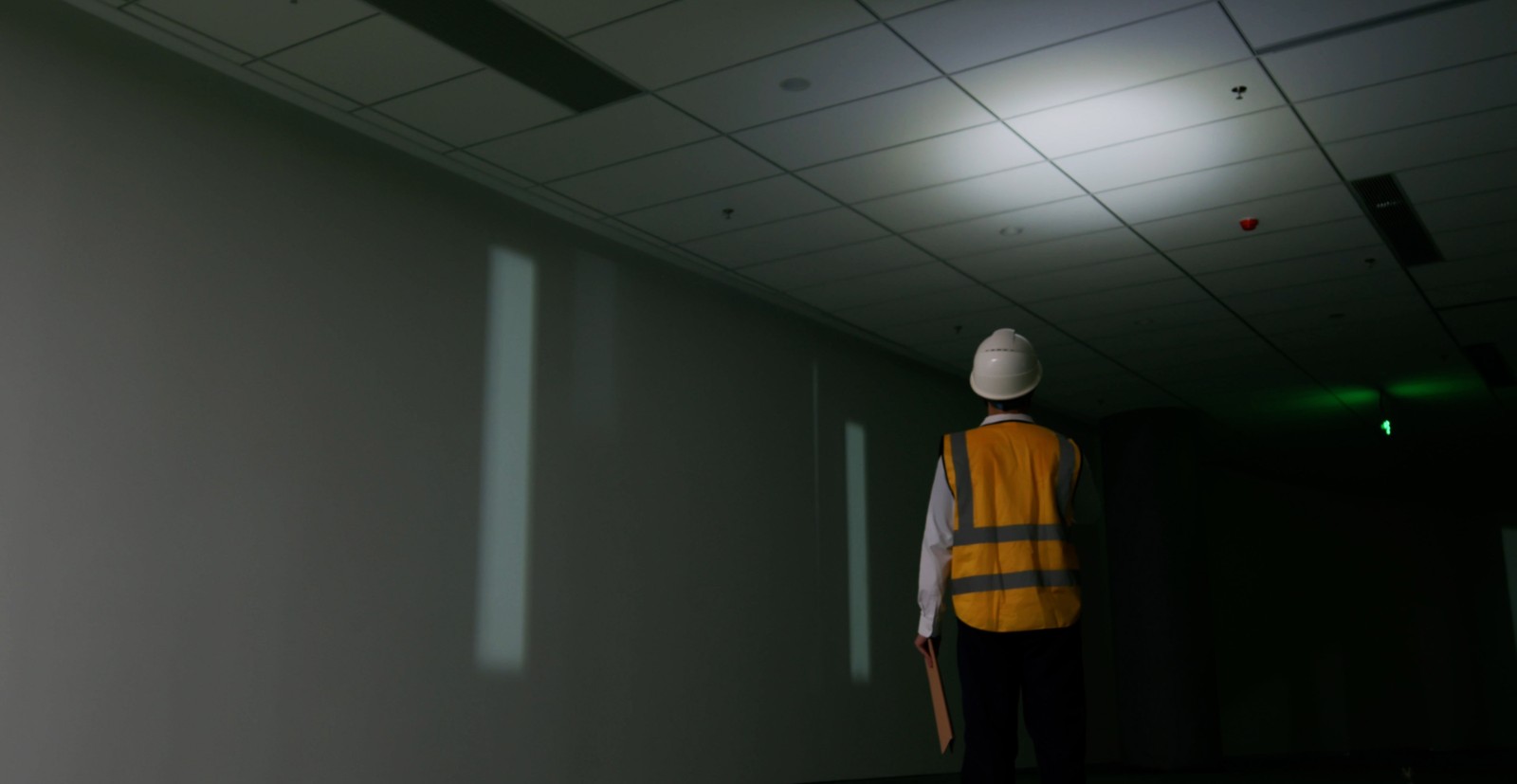 As a flashlight with laser light, the Arkfeld can play an important role in debriefing, teaching, and presentation scenarios. When presenting work to a superior or teacher, the Arkfeld laser can often be used as an aid so that the students know exactly where to find the content mentioned in the presentation. Although many people who are looking for convenience and speed choose to use their hands or a long instrument such as a pointer to give directions, the laser pointer also has many irreplaceable advantages.

First, when the screen is too large or difficult to move on stage, hands and the stylus may not be able to reach every corner of the screen, while laser pointers can easily reach them. In addition, when using a finger or a stylus, a part of the screen is bound to be covered by the body's shadow. The dot-shaped laser pointer can ensure that people in the audience can see the complete text and diagrams of the presentation.

In addition, when using a projector or other device to report, the light source is usually turned off to make the projected image clearer, but at the same time, the speaker's movements become illegible due to the darkness, so the laser pointer can be clearly seen in the dark environment. Therefore, it is recommended that all speakers purchase a laser pointer in case of an emergency, not only for more flexible use but also to greatly improve the efficiency of presentation. 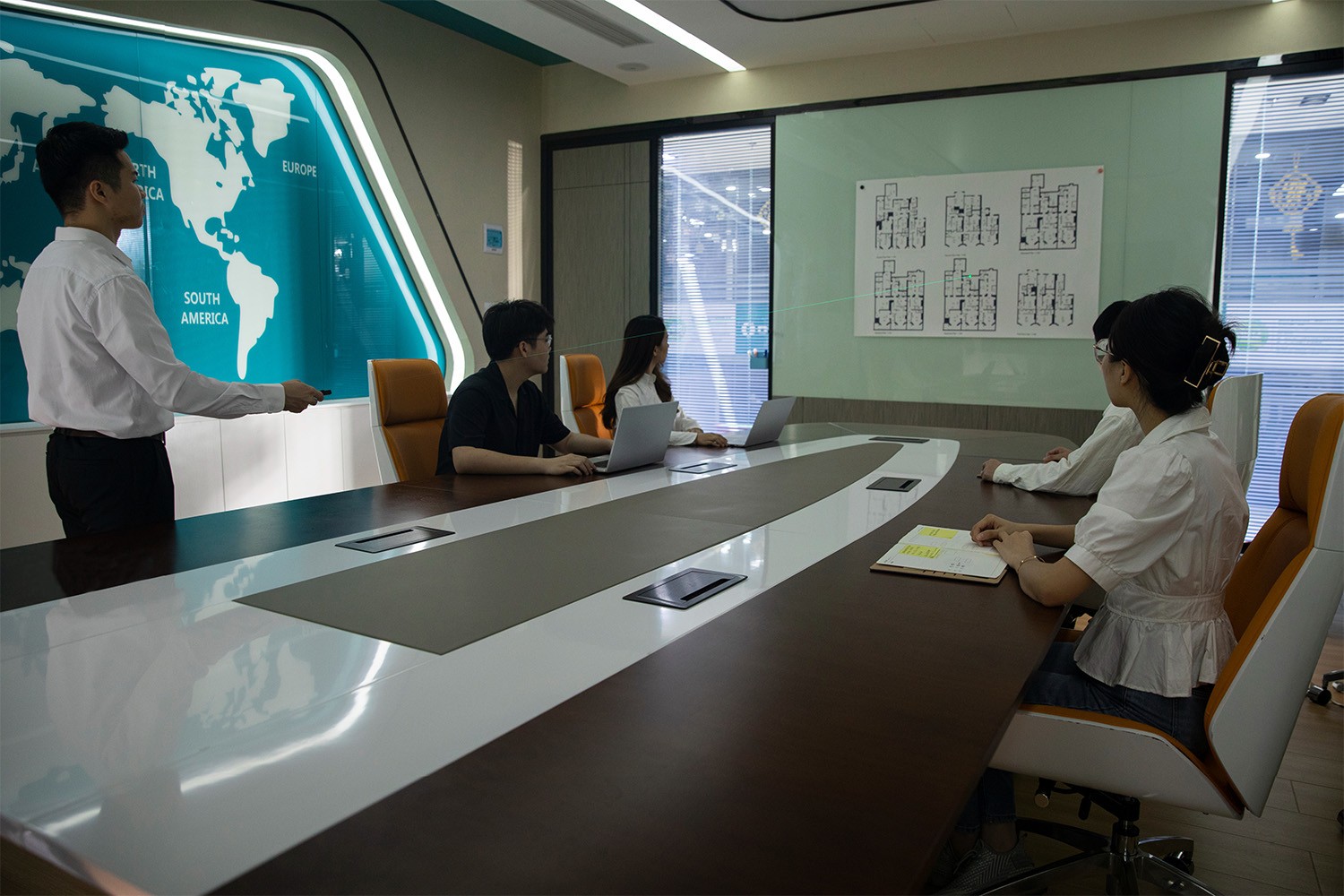 As a stylish EDC flashlight with a green laser, Arkfeld can also be a great toy for pets, especially cats. Cats are very good at seeing moving objects in dim light, which is why the laser is so eye-catching to them. They often like to try to catch the moving point of the laser as if it were their prey. This means that, as an added bonus, you can use Arkfeld to play with your pet!

Apart from these three usage scenarios, you can also use it for self-defense, signaling, or holding a gun.

With its great design and multiple lighting features, the Arkfeld is the premier choice for your everyday carry. Upgrade your EDC gear now! OPen Pro or OPen Mini? Choose you EDC Pen as you wish!